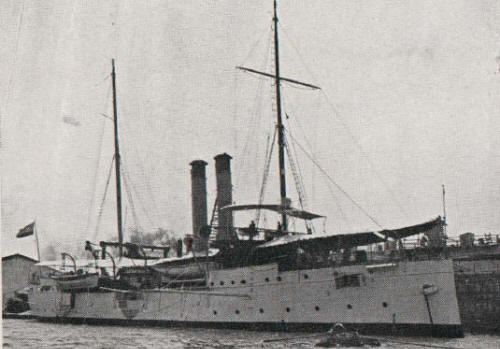 Former Spanish protected cruiser Isla de Cuba, sunk 1.5.1898 in battle at Cavite. She was salvaged by the United States and after repair and re-arming commissioned by US Navy under former name. Ship was bought by Venezuela 2.4.1912 as an element of naval reform, undertaken by the Government of General Gomez. Ship was converted to military transport, capable to carry up to 300 troops and armed with 2 102mm, 2 57mm and 6 47mm guns; by the end of WWI she can make no more than 10kts.

For a peace time she was transferred to naval school. Ship was discarded from fleet list in 1929 and converted to non-self-propelled gunnery drill ship. During Second World War she was used as floating battery at island Las-Aves, fulfilling also a role of a headquarters vessel.