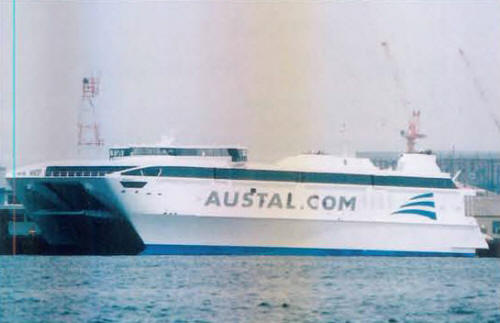 750t deadweight. Chartered for two months in July 2001 but contract was extended. Used for transporting of Marine Corps personnel between Okinawa and Japanese ports. HSV4676 is the MSC accounting number, Westpac Express doesn't have an official USN hull number.

Wave-piercing catamaran-hulled design. Can carry up to 550t of vehicle cargo in addition to marines. Some 100 HMMWV vehicles or 251 automobiles can be stowed on the mezzanine deck, with 4 trucks and up to 12 UH-1-sized helicopters on the main deck. The ship may not be suitable for combat due to a lack of damaged stability and battle-control systems.