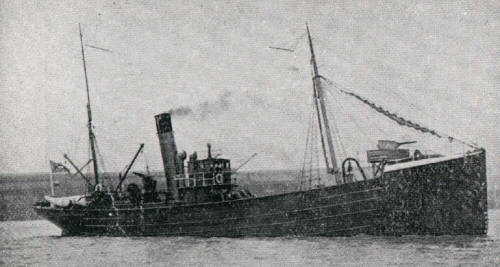 Former British Admiralty trawlers of Mersey type, commissioned by Spanish Navy 11.4.1922 and during Civil was by Nationalists in 1936.

Arcíla since 1934 was used as survey vessel, in July, 1936 she was transferred under control of Nationalists. Crew of Xauen 20.7.1936 supported Republic. 8.2.1937 Xauen was scuttled during fall of Malaga. She was salvaged by Nationalists, repaired and in July, 1938 commissioned by National fleet. After Civil war both ships served as patrols. Uad Kert in July, 1936 was transferred under control of Nationalists. Uad Kert was hard damaged by gunfire of republican battleship Jaime I at Algeciras 7.8.1936, but was repaired.