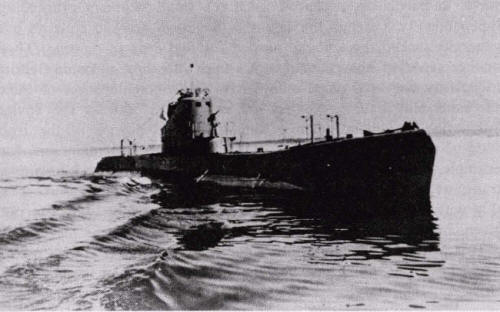 Well-known "Shchukas" ("pikes"): the most mass series of Soviet WWII-era submarines. They were designed since 1928 as patrol small (later medium) submarines for Baltic. The big effect on the design was rendered by raised British submarine L55 from which there was borrowed architectural type: saddle-tank with bulge tanks, and a hull form. III series submarines differed by only one 45mm gun, all subsequent submarines received two, nevertheless, weakness of artillery armament during war remained one of the main lacks of the project.

Submarines were built in six series, but intra-serial differences were insignificant. Intended for Pacific V series (originally III-bis) were built taking into account requirements to transportation by railways and subsequent assembling; they had other division on compartments, CT form and was built with wide application of welding. On V-bis (originally VII) and V-bis-2 series the light hull and CT form were changed. On X series new streamlined CT of "limousine" form was entered, but it has led to only strong washing of the bridge, therefore on X-dis series the CT has usual form, but fore gun was moved to a deck. Also two last series received new more powerful diesels. Maximal diving depth for all series was 90m. Submarines of V-bis-2 and X-bis series differed by the best seaworthiness among all Soviet WWII submarines.