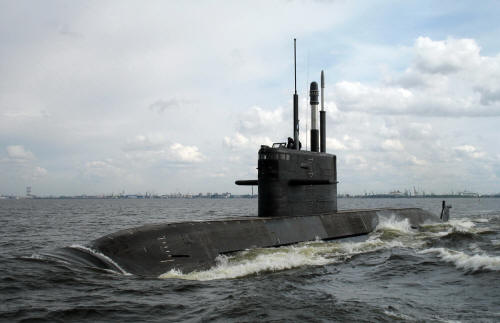 Submarines are single-hulled, with sail-mounted bow planes and cruciform stern control surfaces. Said to be 8-10 times quieter than project 877 submarines, as example they have brushless generators to reduce noise.