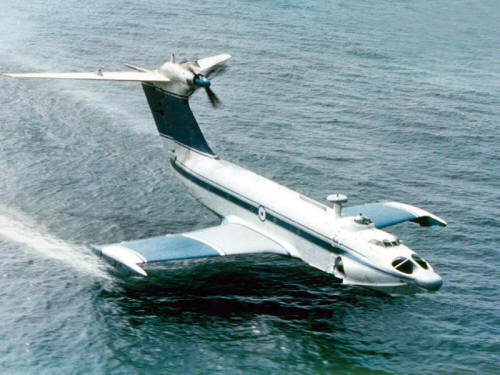 'Orlionok' class. Can carry troops and light vehicles (payload 28t in a 25.0x3.3x3.0m cargo bay, with a hinged nose). Lift turbojet exhausts swivel down to direct air beneath the wings at takeoff. Normal operating altitude was 5-15m, but the WIG can rise out of ground effect. The program never reached series production because of serious corrosion problems and very limited payload and range.

Yard No 23 was stricken immediately after completion of trials due to inability to eliminate damages suffered during incident 24.11.1974. MDE-150 28.8.1992 during a storm snagged the wing of a wave at the turn and capsized. She was sunk by other ships due to inability of towing.