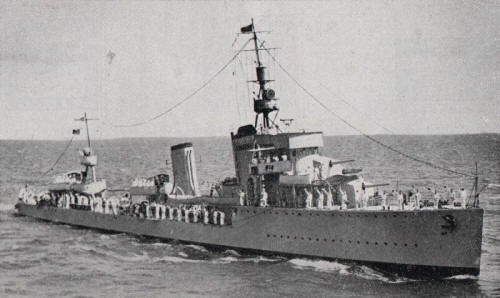 In the mid-1920s Romania found means for building of two new destroyers. Order was placed in Italy on Pattison, built previous Mărăști class. This builder had communications with British shipbuilders, and frequently its projects were based on British experience. As prototype one of the best of contemporary ships, British leader Shakespeare, was chosen. Drawings were developed with the help of Thornycroft. Though on main guns new ships corresponded to a prototype and Mărăști class, guns were more strong 120mm/50 Bofors with 45° maximum elevation angle. Italian 533mm torpedoes were used in Romanian Navy for the first time. Significant difference from British prototype became machinery arrangement en echelon with Parsons geared turbines, made under licence by STT. On trials both ships reached 38kts. 7.9.1930 Regele Ferdinand and Regina Maria arrived to Constanza and were commissioned officially.