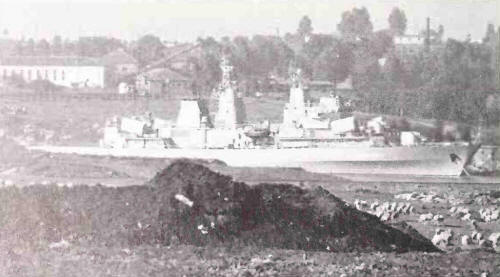 Designed in Romania and based on available Soviet machinery, weapons and sensors; the latter, however, are inadequate for a vessel of this size, which carries armament and radar fits equivalent to those of two missile corvettes. At first ship was classified as 'battle cruiser', in 1992 reclassified as destroyer, and in 2001 as frigate. Ship has two ASW helicopters and ASW rocket launchers (torpedoes are anti-ship only) but no adequate sonar. After commission so insufficient stability was appeared, that ship was recognized as unable to operate. During the reconstruction lasted in 1988-1992, SSM launchers were repositioned one deck lower, tower masts were replaced by lighter and lower lattice masts.

In 1993 Mărăşeşti was offered for sale but remained in commission.