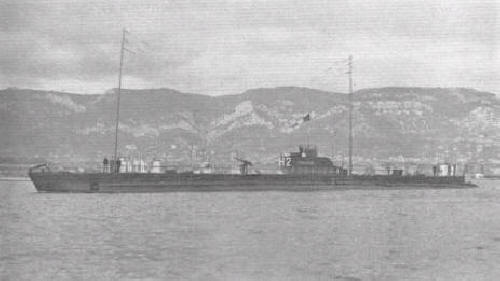 After Allied landing in the North Africa in November, 1942 German troops captured French ships based at Bizerte and transferred nine submarines to Italy in December, 1942.

French Saphir class submarines Saphir, Turquoise and Nautilus, first two were renamed FR112 and FR116 respectively but never commissioned by Italians. Nautilus was sunk at Bizerte by Allied aircraft in January, 1943. FR112 was towed off to Naples and since April, 1943 was used as battery recharging station, FR116 was scuttled at Bizerte 6.5.1943. Nautilus was never allocated to the navy.