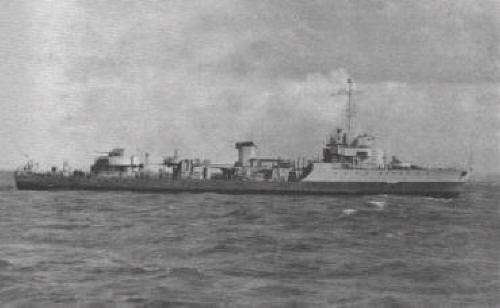 French aviso Chamois, renamed FR53, was scuttled at Toulon in November, 1942, salvaged by Italians in 1943 and was put on repair, but by September never commissioned. Later she again was captured by Germans but not commissioned and sunk by Allied bombers 15.8.1944.