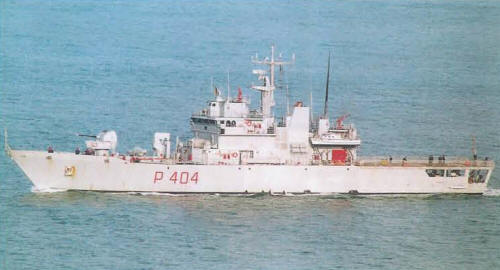 These corvettes are equivalent to US Coast Guard cutters. Their main armament and its fire control system were taken from the scrapped Bergamini class frigates. The class was authorized on 31 December 1982, and the first four units were paid for by the Ministry of the Merchant Marine. Plans for a further four did not materialize; the fifth unit (to have been named Orione) and the sixth were cancelled in 1991.