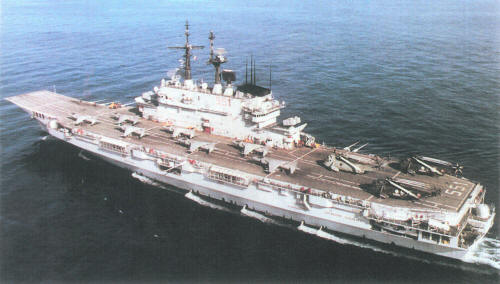 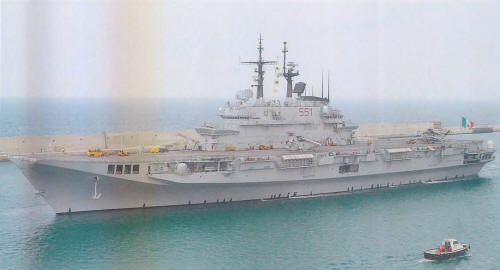 The first Italian aircraft carrier, this ship was originally limited in its capabilities by a law dating from 1923 preventing the Italian Navy from operating combat aircraft from ships. When this law was changed in 1992, sixteen AV-8B+ were purchased. The design envisaged VSTOL aircraft operations, since it ultimately included a ski-jump ramp forward. The hangar can accommodate either twelve SH-3D Sea King helicopters or ten AV-8B and one Sea King. Garibaldi was ordered on 20 February 1978, and began sea trials on 3 December 1984. She is equipped as a fleet flagship and also serves as an 'interpreter' between the on-shore Italian air defence system and deployed ships (their electronic data links are not compatible with the land-based system). Like the British Invincible class she can carry troops.