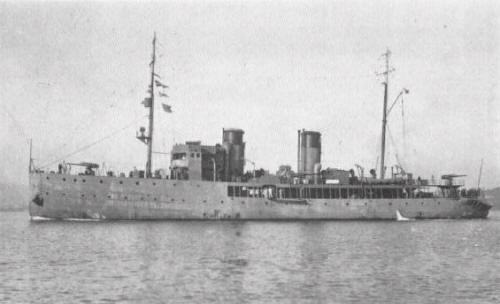 FR60 was former Russian icebreaker, requisitioned by France and converted to minelayer.