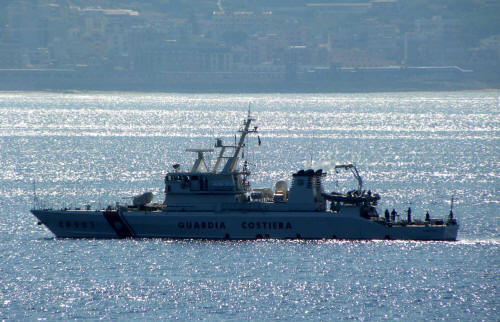 Built as a demonstrator for Fincantieri's DA-360T-design guided-missile patrol craft and never acquired by the Italian or any foreign navy despite attempts to sell her. Laid up since the early 1990s, she was acquired by the coast guard and modified by the builder, delivered 20.7.1999. The original armament of one 76mm OTO-Melara Compact gun, a twin 40mm/70 Dardo AA mount, and four Otomat SSMs has been removed, along with the associated fire-control radars. A modified mast was fitted during 2000 and the gun during 2001. Based at Messina. Can carry towed sonar or Achille M-4 submarine drone.