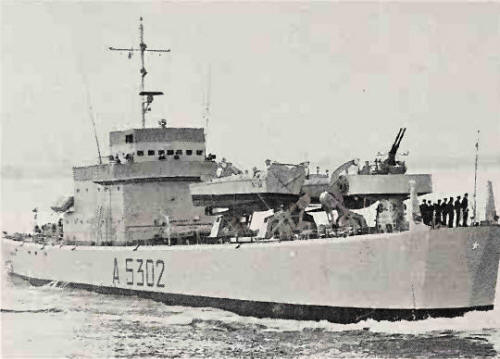 Quarto was intended to be the first of a large class of landing ship, intermediate in size between LSTs and LSMs. The two planned sister ships fell victim to the 1968 cuts. Two projected ships, Lombardo and Piemonte, were cancelled altogether. Reportedly Quarto was less than successful.