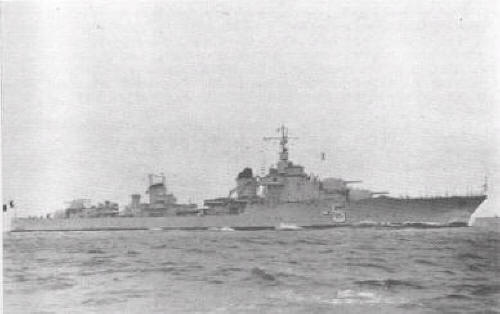 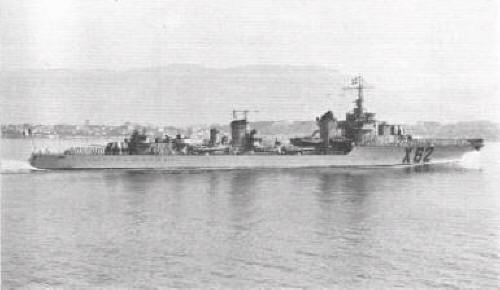 Built under 1932 and 1934 programmes. Logical end of evolution of French super-destroyers, have ultimately approached with light cruisers. Steam temperature and pressure increase (to 350° and 27atm) became feature of the project. On sea trials they reached almost 44kts. (Mogador 43.45kts and Volta 42.88kts). Placing of main guns in twin turrets was characteristic. However these too complicated and whimsical mounts considerably reduced battle value of the ships. Real firing rate of main guns made half of designed one, and fire power was received even less, than of previous ships.

At Mers-el-Kebir Mogador received hit of 15`` shell and after detonation of own depth charges lost a stern. During repair destroyed turret No4 was changed by turret No3, and  2 twin 37mm MGs were installed on its place.

Mogador and Volta were scuttled at Toulon 27.11.1942. They were salvaged by Italians in April-May 1943 and broken up.