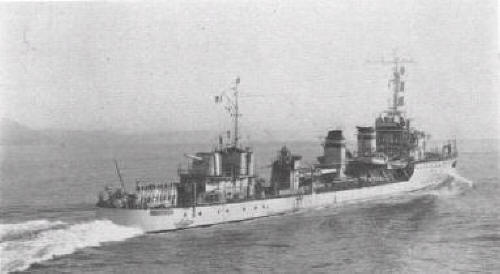 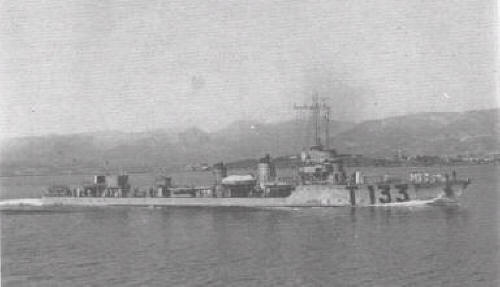 La Poursuivante Many thanks to Wolfgang Stöhr for additional information on this page.

These ships were built under 1931 (8 ships) and 1932 (4 ships) programmes. Boats had exclusive manoeuvrability, but so disgusting stability and obviously insufficient seaworthiness.

After battle for Dunkirk L`lncomprise, Bouclier, Branlebas, La Flore, La Melpomène and La Cordelière were captured by British 3.7.1940. La Melpomène after four-month service under the FNFL flag (September-December, 1940) was laid up into reserve. Since 15.10.1942 till September, 1943 she was TS under British flag. Then she was again laid up into reserve. Bouclier 31.8.1940-12.1.1941 was transferred to Dutch Navy, but never commissioned by Dutch and transferred again to FNFL. She was used as TS before she was laid up into reserve in 1944. L`lncomprise, La Flore and La Cordelière some time were listed in the FNFL, but never really commissioned. Branlebas with British crew served as escort. 14.12.1940 she was lost during a storm at southern coast of England. Other ships remained at Hartlepool and returned to France in 1945.

8.12.1942 Germans captured at Bizerte Bombarde, L`lphigénie and La Pomone. 28.12.1942-5.4.1943 ships were under the Italian control under names FR41, FR43 and FR42 respectively. 5-7.4.1943 torpedo boats again were transferred to Germans and originally classified as escorts. Since 15.5.1943 they were re-classified as torpedo boats and received names TA9, TA11 and TA10. Germans removed TTs, installed radar and strengthened AA artillery to 2 single 37mm, 1 quadruple and 10 single 20mm MGs. TA9 since 27.9.1943 was laid up into reserve at Toulon and 23.8.1944 was sunk by American aircraft. TA11 was destroyed by Italian tanks and ships at Piombino (Elba Island) at capitulation of Italy in September, 1943. TA10 became unique ship of this class which shared in operations under German flag. 23.9.1943 at Rhodes she was hard damaged in battle against British destroyer Eclipse and in four days scuttled by crew.

La Bayonnaise, Baliste and La Poursuivante were scuttled at Toulon 27.11.1942 and salvaged by Italians. First two were supposed to be repaired and they received names FR44 and FR45 respectively. After capitulation of Italy 9.9.1943 ships were captured by Germans and received names TA13 and TA12. They were never commissioned. Disabled TA13 was scuttled 25.8.1944, and TA12 was destroyed by bombs of American aircraft at Toulon 24.11.1943.