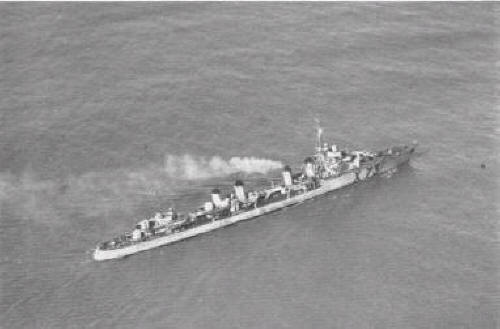 Built under the 1927 program, the second series of "four-funnelers", a little differing from Guépard class. Last two ships were re-ordered under the special program and had machineries with raised steam parameters. Installation of different boiler types on these two ships has been undertaken for their comparison. As consequence of the raised profitability of a new machinery the endurance was increased. Leaders of "D" group have appeared also faster. So, Milan reached 41.94kts instead of 41.2kts of Gerfaut.

There were also some external differences between ships of "C" and "D" groups, other stern and superstructures form concerned to the most significant. Main M1927 guns with increased firing rate (theoretically to 12-15 shots/min) became the basic difference from the first series. For the first time in the French Navy "D" group ships can carry mines.

Vautour has sticked on a slipway and her launch was delayed for three days.

Three ships have been scuttled at Toulon 27.11.1942; they were salvaged, but were never repaired, and from November, 1943 till March, 1944 were sunk by Allied aircraft. Milan and Épervier 8.11.1942 during Allied landing at Casablanca and Oran were hard damaged by gunfire of British and American ships and ran aground next day.

Albatros was also damaged at Casablanca and ran aground. After war she was repaired and converted to tender assigned to gunnery school, she had her fwd boilers and funnels removed, speed being reduced to 24kts.