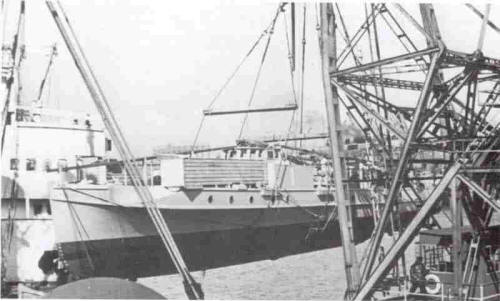 In August, 1938 the commission of Bulgarian Navy officers visited 8 European boatbuilders for placing of the order for MTBs. 15.12.1938 the contract with Lürssen had been concluded for the 35.4 million levs on building of 5 MTBs under drawings of German S2. They would differed from a prototype by less powerful diesels and lower speed. Boats received German conditional numbers F1-5. No1 and 2 were transferred to Bulgaria in April and July, 1939 onboard of s/ss Sofia and Beograd. Boat No3 was requisitioned by Germans 29.9.1939 and commissioned by them as S1. At completion S1 was equipped with more powerful diesels. In July, 1941 she was returned to Bulgaria and arrived Varna through Danube in August. Two boats remained incomplete.